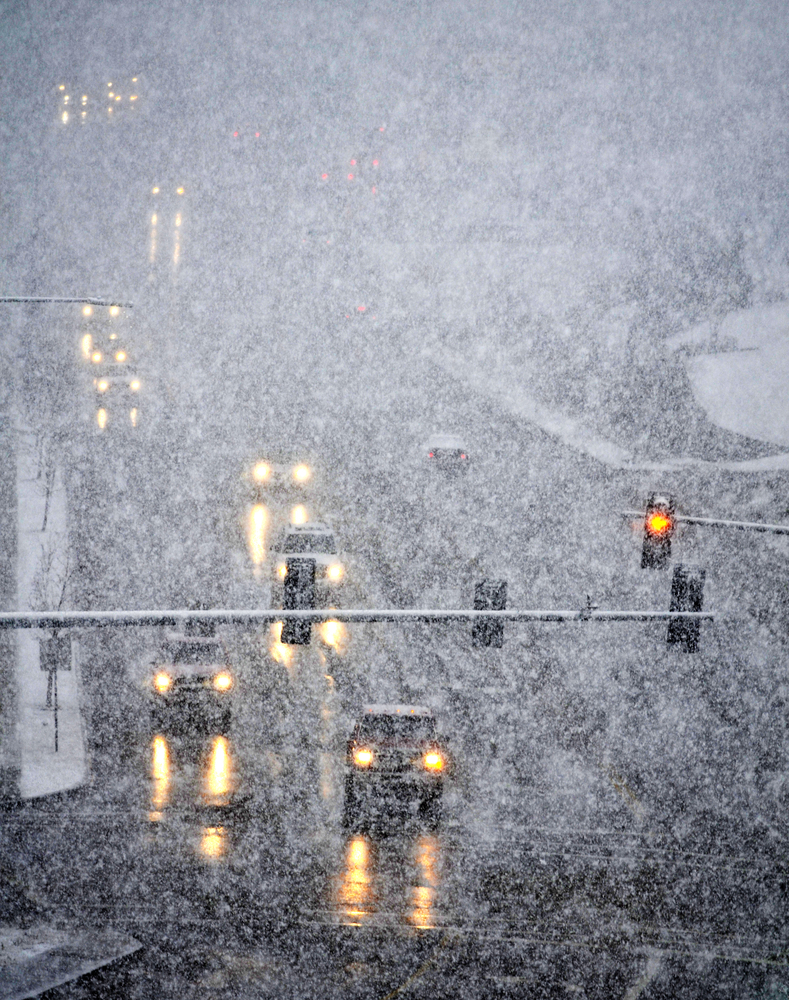 Portland is making up its storm arsenal to avoid a repeat of last winter when the city was filled with snow and ice for days at a time. The use of road salt will be more widespread, according to the new plan, which city transportation officials had until last winter rejected as too environmentally hazardous.

Six new salt spreaders will be bought by the city’s transportation bureau. It is turning to other bureaus and private businesses to get more teams out clearing roads. “I think we are much better prepared,” said Commissioner Dan Saltzman, who oversees the transportation bureau. “We have learned a lot of lessons from the last winter.”

The new investment falls short of the $1.2 million in new equipment Saltzman and the transportation bureau had needed in the latest city budget. The city will still rely on the rising temperatures and traffic for clearing the ice and snow off the many roads and side streets it does not plow at all. Last winter, Portland Public Schools lost almost 9 days of school because of snow and severe weather. Businesses were closed for days at a time, as well, and hourly workers lost wages. Mayor Ted Wheeler asked landlords to waive late-rent fees in the wake of the storm. That was an exceptional winter for Portland. But some forecasts call for a similarly dangerous, snowy season ahead due to the influence La Nina, a pattern of atmospheric and oceanic cooling.

The city will keep 300 tons of salt on hand, this year, enough to treat between 2,000 and 3,000 lane-miles of roadway. It can also obtain and store another 1,000 tons of salt ahead of a big storm. The city transportation bureau will draft drivers and trucks from the city water bureau during storms, and it will hire private contractors to supplement city plows. And it will potentially call on Seattle to send aid, and return the favor if that city is socked in.

Parking meter amnesty is offered when storms hit to encourage drivers to take transit rather than risking a trip in their private vehicle.

Saltzman previously needed $1.2 million to buy new snow-clearing equipment and $1.6 million a year to beef up PBOT’s weather-response staff and materials. Instead, the bureau got $30,000 for the new salt-spreaders, and the city set aside $300,000 in emergency funds to pay for any unforeseen snow removal costs.

“If we do see a major snow or ice event on the level of last year, I will not be hesitant to ask for more money,” Saltzman said.

After January’s storms, Wheeler, then just two weeks in office, said the city did not do enough to keep roads clear and commerce flowing.

“I think the public can expect to see a marked improvement this year from last year,” his spokesman, Michael Cox, said Monday. “Last year we faced an unprecedented series of winter weather events. We learned a lot of lessons and we believe those lessons have been applied to our planning this year.”

Mayor would also announce plans to address concerns about housing and emergency shelter available during severe winter storms. At least four homeless people died of exposure, last winter.
However, certain limitations of the city’s snow-removal plan will not change.

The city will still only plow roughly a third of its roadways, with a focus on public transit and emergency routes. Starting this year, however, it will include key school routes and the central business district — where heavy traffic was previously thought sufficient to keep roads clear — to avoid a citywide shutdown like last winter.

Last year’s storm was complicated by a short defrost followed by a days-long deep-freeze that turned packed snow into a sheet of ice that plows cannot remove. Those freeze-thaw cycles are less common elsewhere than in Portland, Wojcicki said.

Even with its conservative approach to plowing, Portland still requires significant road-repair costs after the last winter storm season. The transportation bureau in the spring identified more than 1,000 potholes left behind after the snow and ice storms and made worse by drivers’ use of tire studs and chains.