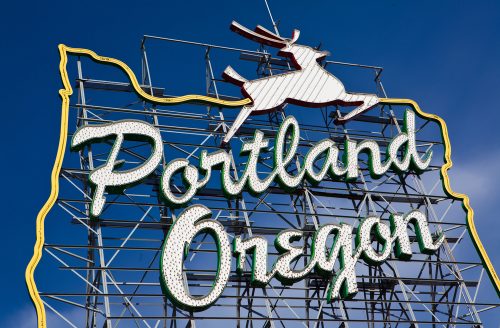 When you are wondering where you can go to enjoy beer, some weirdness, cheap food, forest hikes and more, you can always visit Portland. It is a unique place where you visit once, stay for 2 days and move to. Here are 10 useful tips for you and also reasons for you to visit this city.

This city is home to over 70 breweries (more than 100 in the larger metro area). You can sip a sampler of Northwest-style sour beers at Cascade Brewing, have an extremely good Spectra pilsner at industrial-chic Ecliptic, or try the crowd-pleasing IPA at Hopworks Urban Brewery, which nails two local priorities by serving organic beer and having a strongly pro-bicycle theme. There are neighborhood bars, like LaurelThirst, where you can try a range of local brews.

When driver say that Portland is full of bikers more than car drivers, they are right. Streets with wide bike lanes and green “bike boxes” at intersections crisscross the city, and a lack of major hills makes it easy for people of all ages to pedal their way around. You can join the thriving cycling scene by renting a bike at Everybody’s Bike Rentals and Tours.

Portland has a nickname which is for this city only ‘Keep Portland Weird’. It is more than an overly used, clichéd bumper-sticker (one we borrowed from Austin, Texas, anyway). It’s an ethos that ensures that a fully tattooed guy dressed as a clown riding a 10-foot-tall bicycle barely gets a second glance. Some places milk it, like the over-hyped Voodoo Doughnut, which features weird names for weird doughnut flavors, but the normalcy of the strange is endlessly fascinating.

Nature at the First Place

When in this city, you will be pleasurably surprised by appearing near the Mt Hood. On clear days you can take a look at it closely, which is whiter than anything else. West of downtown, you can come across with more than 70 miles (113km) of trails of dense forests of evergreens. Finally, you can see and smell the true meaning of Portland’s moniker ‘The city of roses’ at the spectacular International Rose Test Garden.

Head to the farmers market to enjoy berries, mushrooms from the rain-saturated forests, mobile food carts, locally made gifts and a community vibe where love is celebrated amidst the tomatoes. Try the main Portland Farmers Market downtown or the buzzing neighborhood version in Hollywood.

Raining? Not a Problem

Nine months of raining in a year are long, huh? But when you see the spring you will surely forget about the rains occurring in the city. Although the rain takes most of the time, the weather also encourages indoor entertainment, boosting the city’s live-music scene and bar culture.

Cheap? Yes, it is

Pints of local beer are often under $6; Happy Hour food specials can be less than $5. It is also cheap to get around the city with buses.

Weirdness in this city is always FREE, no wonder people call it ‘Keep Portland Weird’.