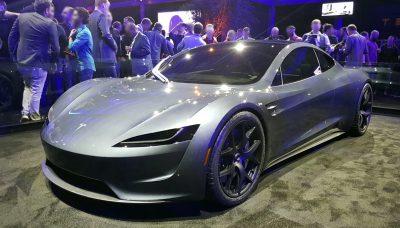 Tesla is the largest manufacturers of electric cars in the world. While the rest is scrambling to unveil their first line of electric cars, Tesla is already light years ahead of them.

According to reports, the auto maker is currently ahead of the top 3 major electric vehicle manufacturers put together. Hyundai/Kia, Volkswagen and Renault/Nissan are all lagging behind effective development strategies and technology.

While the industry is still new, many are looking at Tesla to be the next Ford. Creating more popular and affordable EV’s while the rest are starting from the bottom.

With other companies like Ford, they haven’t been on the fast-track to developing more effective EV technology. The process has been slow for them king of cars.

Tesla has made major moves durring the 2020 year. Creating two factories in Austin and China. The Chinese market has helped boost their success to a whole new level. With thelargest population and major incentive form the Chinese government, the Tesla is far more affordable than one in America.

If we take a look at Nissan/Renault – they have been working tirelessly to get their new line of electric cars out to the public. In places like Germany and France, the Renault Zoe is one of the fastest selling EV’s on the market.

With major incentive programs from both countries, the Renault Zoe can be purchased for almost nothing. For many citizens looking to make a car purchase in the year of COVID-19, the offer is too good to pass up.

Still, with these major plays from the highest sellers, Tesla outshines them all. They were the ones who spearheaded the movement, and their ingenuity is bar-none the best in the world.

While the rest scramble for their stake in the EV-game, Tesla is well beyond that. This looks to continue into the future of the industry.