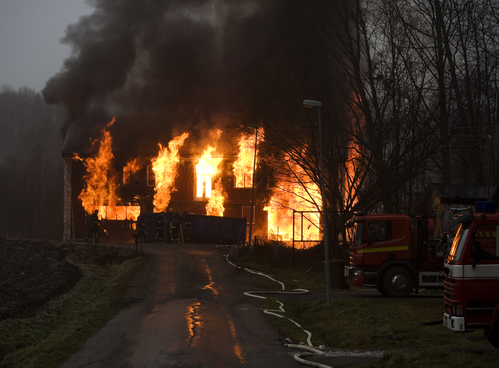 PORTLAND — On Monday night firefighters pulled a teenage guy out of a burning apartment in Southeast Portland.

The fire broke out in an apartment building near SE 82nd Avenue and Main Street after 6 p.m.

Firefighters carried the victim out of the burning apartment unit said, reporters. They also said they found the guy unconscious.

He was transported to the Legacy Oregon Burn Center.

Officials called out a second alarm response for the fire, mostly because someone had been injured.

Two apartments were damaged in the blaze said, Simmons. The fire caused minor damage to a building next door as well.

Firefighters arrived to find large flames coming out of windows and from a balcony. Firefighters got the blaze under control in about 30 minutes said Simmons.

No one was injured. According to the Red Cross, which will be helping them with temporary housing, food and clothing the fire displaced 17 adults and six children.

The reason for the fire is under examination.