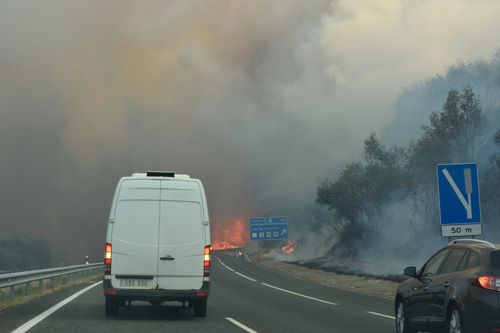 Forest fire on the road