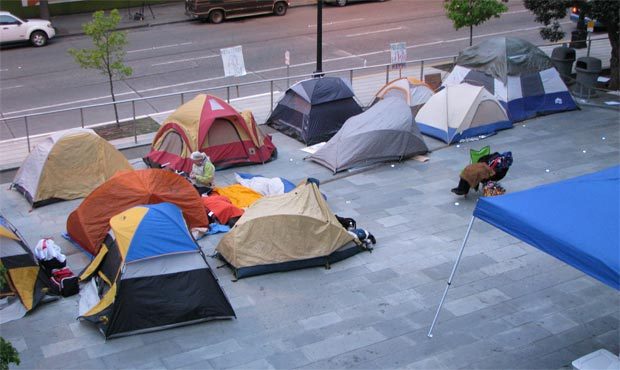 In February, Portland mayor Charlie Hales announced a pilot program allowing homeless people to sleep on the sidewalks using sleeping bag or tarps from 9am to 7pm, as well as camping in specific areas in groups of no more than six people. The policy that was called “Safe Sleeping Guidelines” has been criticized by business owners and is now officially ended starting immediately.

Without a doubt, the intentions behind the program were good but it created a lot of confusion as people started to think it became legally allowed to camp in the streets, whether the misunderstanding was accidental or not.

The program was considered a temporary measure to give the city some time to create more solutions for temporary housing as Portland is struggling to cope with the high level of homelessness. There are about 1,800 homeless people in Portland and more than 1,000 shelter beds are required.

Other pilot programs rolled out in Portland in February will continue and likely expand.

Other big cities on the West Coast such as San Francisco and Seattle are facing the same problem trying to improve the situation with the growing number of homeless people, while meeting criticism from property owners.