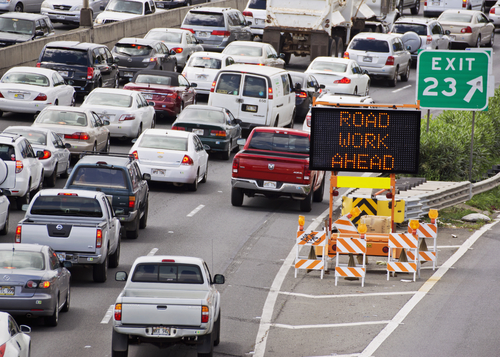 Traffic congestion builds on the highway due to construction

Portland-Good news for truckers and travelers: this weekend eastbound 84 may reopen.

According to an Oregon Department of Transportation spokeswoman, the eastbound interstate closed in the Columbia River Gorge because of the Eagle Creek fire, may be reopened either late Sunday or early Monday.

The freeway was closed on Labour Day in both directions two days after the fire started.

Authorities say that the fire started after a 15-year-old Vancouver boy was playing with fireworks along the Eagle Creek Trail and from then it has grown to about 48,668 acres.

According to fire officials, there is ”unlikely” more significant fire growth is.

They said: ‘‘a clearing trend is forecast for the upcoming weekend, but fuels will have had 96 hours to absorb the recent (and continuing) rainfall. This will make continued fire movement unlikely due to unfavorable conditions.”

Many firefighters have been released this week.