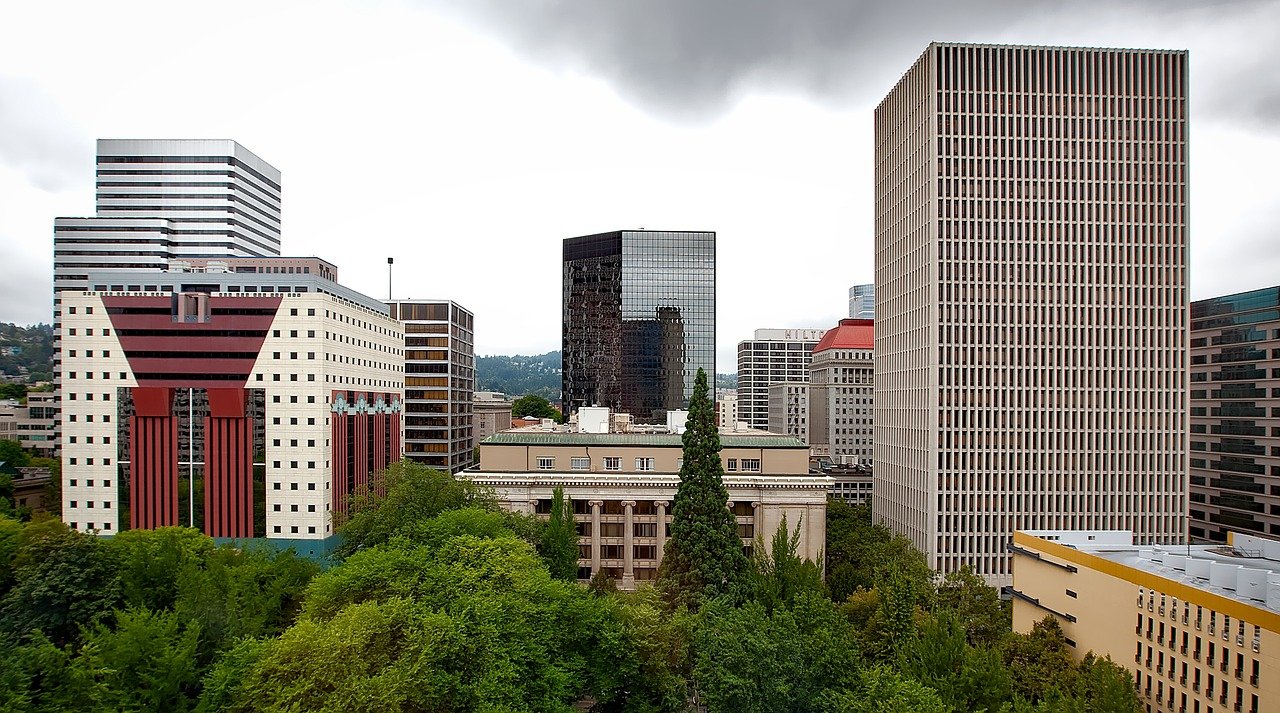 The police in Portland, Oregon, yesterday arrested at least eight people that reportedly damaged both federal and private property.

Police Dealing with Protestors, Most Were Peaceful

There were dozens of protestors in Portland, Oregon, that took to the streets. They were in Oregon’s largest city preceding the inauguration of President Joe Biden. I can’t say I blame them and they were beyond pissed about the election fraud of our now former president the great Donald Trump! Many were carrying Black Lives Matters signs. I feel truly sorry for them and they are so delusional. I’m more in favor of them another holding a banner with anti-Biden sentiments. I’m not so sure about the anti-police slogans, though. The police are not our enemy. Everything in moderation!

Two protest events resulted in property damage and arrests. Though the demonstrations are largely peaceful, according to the Portland Police Bureau.

Some Buildings got Vandalized With Graffiti

Gathering at Revolution Hall, there was a crowd of about 150 people. The hall is a music venue in southeast Portland. The people marched to the headquarters of Oregon yesterday. Unfortunately, some individuals vandalized the building with graffiti. They also smashed windows, too. Others moved dumpsters to the middle of the street. Also lighting the content on fire, police said

Police Made Arrests in Connection With the Event

Ranging in age from 18 to 38, eight people were arrested in connection to the event. From felony criminal mischief to possession of a destructive device is the range of the charges. Molotov cocktails, knives, batons, chemical spray, and a crowbar were among the various weapons taken, according to the police.

A group of about 150 people marched to the Portland field office of the U.S. Immigration and Customs Enforcement (ICE) later that evening. People were carrying pepper ball guns, electronic control weapons that were similar to Tasers, large fireworks, shields, and rocks. Also, many people were also wearing helmets and gas masks, police said.