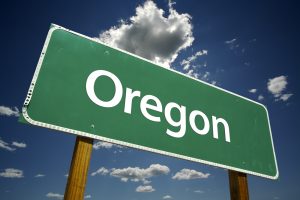 Recently, a couple’s nonprofit organization has caught the attention of the government.

Cheryl Jones and her husband/ business partner, Steve Higgs, moved to a farmhouse just outside of Hillsboro.

The property is about 80-acres big and almost all of it is hidden behind a line of trees.

Their nonprofit is a business called “A Walk on the Wild Side.” The purpose of this business is educational, according to the couple.

Lions, tigers, cougars, and exotic cats are being raised by the couple in their new farmhouse.

The couple runs their business anywhere on the West Coast, mainly up North.

They transport these exotic animals to events, festivals, street fairs, and parties when requested. People can pay to take pictures with the animals and pet them.

This gives the tigers more experience with human interaction.

Although the properties around them mainly consist of horse stables and fruit fields, it’s only a short drive to the urban areas, which is what the neighbors are concerned about with these animals.

They have more lions and tigers than the Oregon Zoo.

After living in their farmhouse for a few months, the couple is realizing the land is not meant for exotic animals.

While they do charge for attending most events, birthdays, and fairs with these tigers, sometimes they give discounts depending on the case.

For Jay Hegstad’s 11th birthday, the couple took Zarah, their youngest tiger, for free. They did it out of love for the little boy who is terminally ill.

The couple has been together for 37 years. They started by taking care of farm animals that were abandoned.

They got into the whole business of raising exotic animals when they first took in a friend’s cougar. They bottle-fed the cougar and raised it as one of their own pets. That’s where it all started.

Although it is legal to have and raise a big cat in your own property, they have been fined $10,000 by Washington County for violating certain codes.

They violated the law that states farmlands can only be used for farming. However, since they have been using the land to raise and keep the animals, Washington County officials have fined them.

The couple can choose to fight the case in court if they want to.

But for now, they’re busy taking care of and loving their big animals.