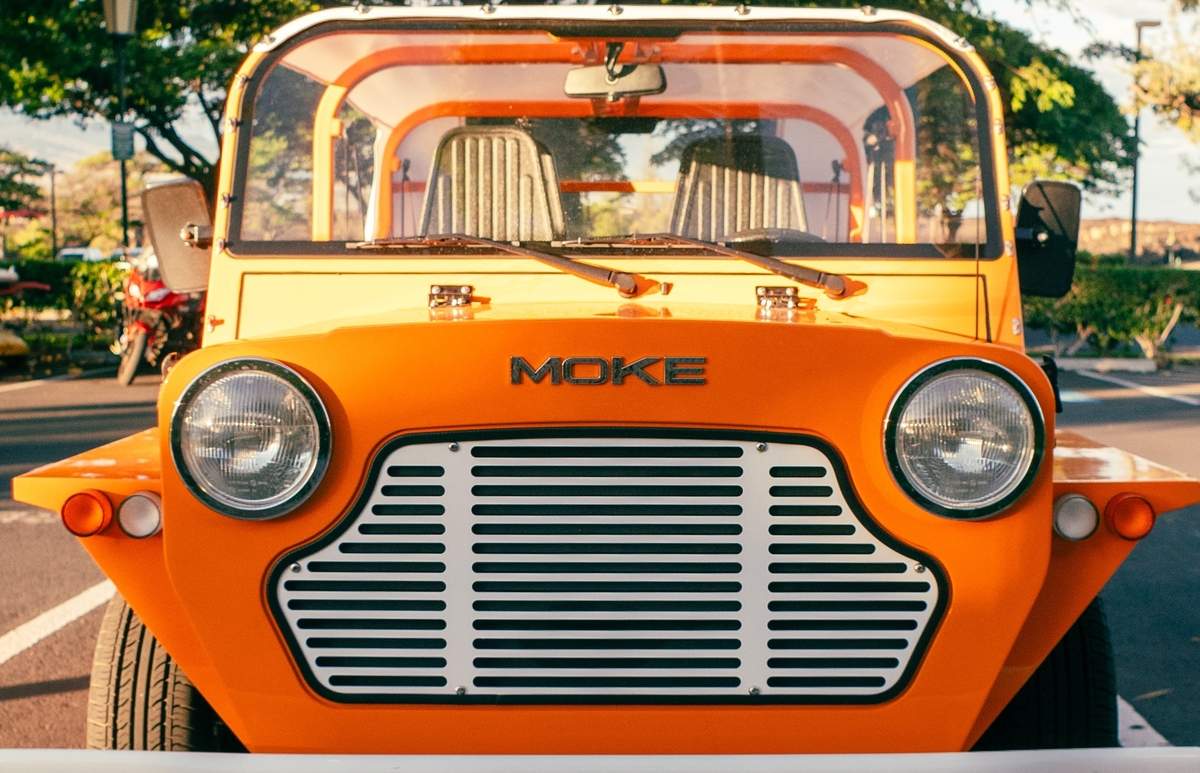 Do you remember those old classic James Bond movies? You know the ones! Like You Only Live Twice, Live and Let Die, The Spy Who Loved Me, and Moonraker? These movies were absolutely amazing being that they introduced a whole generation of excited moviegoers to a brand new era of filmmaking. It’s honestly exciting in all sorts of areas. I mean, just look at how it’s affected the legacy of automobiles! The Aston Martins. The Jaguars. And who could forget the… Moke? That’s right. This boxy little Jeep equivalent-ripoff has also been a featured player in the years of spy films helmed by Roger Moore and Sean Connery, respectively. (Though I think this was more of a Moore vehicle.)

But what is so amazing about this Moke?

Moke America is in the celebratory mood and is considering a huge celebration by way of bringing the Bond car into a 60 Years of Bond celebration, by way of the special eMoke. It’s a low-speed vehicle that is also battery-powered enough to run ahead of the pack in terms of iconic style. Talk about “shocking but not stunned!” The 60 Years of Bond is technically the second 007-themed Moke, right after the San Monique Edition. That one in particular is named after the Live and Let Die island. It even comes with a tropical theming. How do I mean by that? Well, it has a striped surrey top while also allowing for thoughts of renegade adventure to come across in the 60 Years anniversary celebration.

It’s also a rather modest price. The only extra expense besides the base-rate which is $28,975, would be the destination charges that Moke offers. (Though we’re sure we can do better than them.)

The vehicle itself comes with black wheels and 007 graphics laid out all over the rear fenders, the hood and the spare-tire cover as well. There’s also a wood-rim steering wheel and a wood-look dash wrap. These both make up a very exquisite and tasteful interior. There’s also a backup camera and a Bluetooth audio system. The top speed doesn’t quite reach any higher than the standard version, which in itself can top at 25 miles per hour.

Howeverhen you look at the final pricing of it, you can tell that it gives off a major price range that is major because it feels minor in reality. Therein it holds a rough $4500 upcharge above a well-optioned standard Moke. Seems just a tad bit pricey, but when yo consider that it also represents a $115,000 savings, in comparison to a pricier Aston Martin, then it’s truly way better.

Are you the proud owner of one of these pricey and nice-looking Moke Bond Commemorative Cars? Use our enclosed auto shipping service to truly deliver your autos safely with our car shipping team. At Portland Car Transport, our carriers are safe enough to Call our live agents to learn more information and we can give you a FREE Quote as well. (503) 847-9100

BMW Comes Up With Chameleon-Like Vehicle To Debut At CES