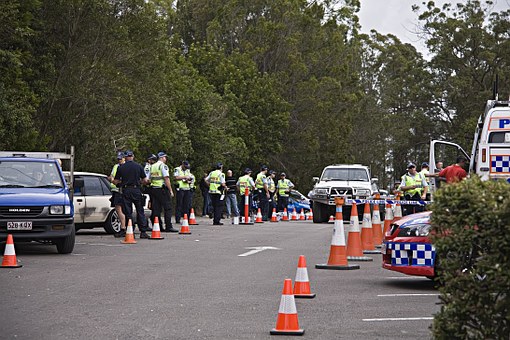 PORTLAND, OR – A manhunt ended in the Lents neighborhood section of Portland late Saturday night around 11 p.m. The suspect ran away from police after he was pulled over for a traffic stop. He was armed with a gun.

The police concluded their search over the weekend, but the suspect remains under investigation by the authorities.

The manhunt began at Southeast 86th Avenue and Southeast Steele Street on Saturday night around 7 p.m. When police pulled over a car during a traffic stop, one man hopped out and fled the scene. An officer noticed that the suspect had been armed with a gun. So, police backup was called to the scene.

The Special Emergency Reaction Team, also known as SERT was called in to help with the search. So authorities set up a perimeter near Lents Park where police believed the suspect to be hiding. Because of this, residents in the Southeast Steele Street and Southeast Liebe Street neighborhood were told to stay inside their homes until the manhunt was over.

The active search ended about four hours after police issued the manhunt. Then, the perimeter was removed, and residents were told that they could resume their normal activities.

Furthermore, a description for the suspect was quickly released. Officers stated that he is a black man weighing in around 150 pounds, with a height reaching 6-feet and 0 inches tall. The last time the suspect was seen, he was wearing light blue jeans and red shoes. He was also armed with a silver handgun.

Authorities ask that if anyone has any essential information that could be helpful to this case to please call the Portland police department at (503)-823-3333.