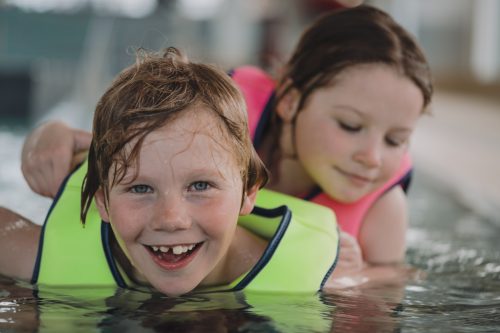 The Oregon Legislature passed a pair of bills Friday morning. They would allocate $15 million toward a massive aquatic center planned in North Portland.

The Portland Parks & Recreation is projecting the cost for the center at $50 million. In fact, Last year, Commissioner Carmen Rubio did pledge to set aside $11.7 million. It would be from parks system development charges to build the center in the coming years. The project is seeking to fill a community pool desert in North Portland. It is a gap made wider in 2019 when the local pool did close because of the unsafe infrastructure.

Representative Travis Nelson did initially propose allocating $33 million for the center. Plus, the negotiations did land at less than half of that, but however, Rubio maintains it’s a win.

“Moreover, this project is going to give folks a place to come together. It would for physical activity, community involvement, keeping young people out of trouble, and to teach our youth valuable skills,” Nelson said in a statement.

Also, Nike officials sent a letter to the Joint Ways and Means Subcommittee on Capital Construction. They urged legislators to provide the full $33 million funding.

“In fact, the North Portland Aquatic Center Project is aligning with our support of organizations. It would be to remove cultural, social, and economic barriers to deliver accessible, safe, and positive play experiences. The goal would be to create active and inclusive communities,” wrote Melissa Vaillancourt. She is the senior director of the North American government and public affairs for Nike. “We do, therefore, believe in a world where equal opportunity exists on and off the field of play. Moreover, Portland Parks & Recreation is really a critical partner. That would be to creating equitable and inclusive access to play in our local community.”

The Portland Public Schools have also lobbied for the proposal. They noted that George Middle School and Roosevelt High School swim teams do not have an appropriate pool to practice in.

“In fact, North Portland is home to our most diverse student population. Therefore, many students do not have access to either private facilities or transportation. That is to regularly travel the long distances which would be required to reach competitive-level swim facilities,” wrote Marshall Haskins. She is the senior director of athletics for the district.