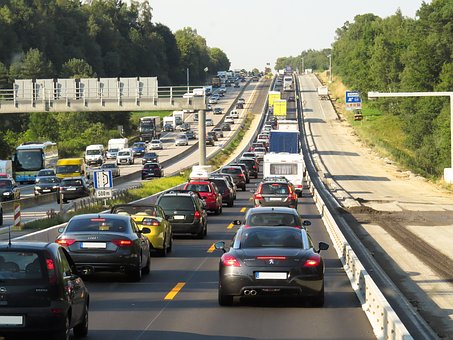 PORTLAND, OR – Construction from the West Burnside Safety Improvement Project is expected to cause major traffic in some Portland areas.

Moreover, the Portland Bureau of Transportation will take part in the construction at West Burnside between 18th and 19th avenues. The construction is scheduled to take place on Thursday and Friday night. However, the project initially began in spring.

Furthermore, crews will begin paving at night from 9 p.m. to 6 a.m. Motorists can expect major traffic delays during these times. Additionally, there will be several lane closures in the area. Therefore, drivers are urged to stay clear of the work zone. Those traveling through the area should also follow traffic signs and instructions.

The project will include new bike lanes, turn lanes, as well as new crosswalks. PBOT is almost finished with the project.

Additionally, residents nearby will be affected by construction and crew noise as well. While travelers will endure significant delays. However, during this time, there will be one open lane in each direction on West Burnside. Sidewalks will also stay open during construction. Nevertheless, PBOT recommends drivers to choose alternate routes if they can.

Furthermore, once the paving part of the project is complete, PBOT crews will then test out the new traffic signals. At that time, workers will also install the leftover concrete islands. However, this will all take place during normal working hours. Additionally, two weeks later, after the pavement has settled, crews will begin the last step. This will consist of installing the final striping, as well as marking all crosswalks.

The West Burnside Safety Improvement Project will likely be completed by the end of September.