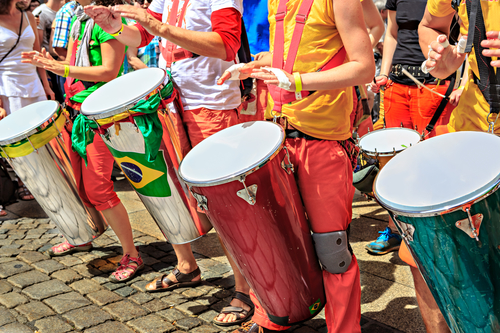 Still looking for more things to do in Portland? Click here to see whats new!

Portland, Oregon—-Everybody loves Portland. Of course, Portland is great! Probably you have been in Portland before, but there are things you should do in Portland during your life.

More than thirty years, Chapman Elementary School in Northwest Portland plays host to what is considered the largest known root of Vaux’s Swifts in the world. This is happening every September.

You should definitely check this out. 10.000 of birds form a large, narrow funnel before descending the chimney. That’s where they get prepared for their long migration.

Chapman chimney became a popular substitute roosting spots for the birds. The birds are named for William Vaux, a scientist, and friend of John Kirk Townsend, who discovered the species.

Grab a sneak and come to participate in this September tradition.

Columbia River could be a great place to get a suntan if you spend at least a day by the river.

While you think of Portland as a place to relax and spend a vacation in, we have to tell you something. Portlanders are people who know how to stand up for themselves, and, actually, for lots of things.

If you haven’t made your own sign and marched for something then you are no longer a Portlander.

Parades are common for Portland. The Rose Parade tradition is an annual tradition and more than just a spectacular floral-filled procession. Get dressed up, and find a group of people that needs more flag wavers to walk in front of their float.

Can you believe you can fly through the sky on a public car? You better do! Portland has that. Have fun and gaze upon the mountains while being on wires above the city.

One of the most exciting thing you can do is drive your own car on a race track. Enjoy a super-fun light display while driving at the speed of 3 miles per hour.

To sum up your exciting day in Portland, come to Crystal Ballroom to dance on the floating dance floor during a concert.

Don’t stop dancing, unless the lights get off and make everybody go home.

Summer Road Trip: Where to Vacation around Portland