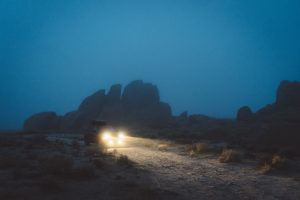 Headlights are Improved and Quality is Up

Headlights have improved for the 2021 model year. The IIHS has revised the rule for 2020. It was following that rule change. The Insurance Institute for Highway Safety (IIHS) has revised the criteria for a vehicle to earn one of its top two safety awards. This was to include headlight quality. In turn, the automakers quickly responded, the safety institute claimed.

Many automakers fell short of the top two awards from the IIHS. This is the result of the rule change in 2020. They didn’t come standard with that caliber of the headlight. In fact, those that did satisfy the IIHS’s criteria offered Good or Acceptable headlights in 2020. A big win for the consumer are more manufacturers are going to a single headlight package for many 2021 models, according to IIHS President David Harkey. Taking an inferior piece of equipment off the market is as important as the invention of a better one.

Subaru has offered multiple headlight options on the Outback, Forester, Ascent, and Legacy. There is only one of the options being rated as Good by the IIHS. All of those vehicles offer just one option now. It is rated as Good, for 2021.

IIHS gives out two major awards which are the Top Safety Pick and Top Safety Pick+. The latter being the superior rating. 10 vehicles have earned the higher of the two awards this year. The lower one was last year was due to a headlight upgrade. The Ascent is one such vehicle. Others included the Audi A7, Honda Accord, Hyundai Palisade, Mazda CX-30, Nissan Altima, Toyota Highlander, Volvo S60, Volvo XC40 and Volvo XC60.

How well they illuminate straight and curved roads is how IIHS rates the headlights. The headlights that rate good on their low setting can illuminate the right side of the road at least 325 feet ahead. The worst headlights are good for only 220 feet, IIHS notes. Sometimes they are even less. 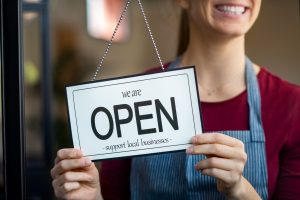 Business owners are large group of downtown Portland proprietors. They have joined together in an effort to get the city’s attention.

Business Owners Band Together and Have a New Name

More than 300 people representing a wide variety of businesses, both large and small, the letter done by this collective.

City hall must do more. The message they sent is urgent.

Portland has “extra layers of pain” not being dealt with. Though other U.S. cities have suffered as well this year.

Vandalism, unenforced crime, uncollected trash, and growing homeless camps. Moreover, these are among the chronic issues that are keeping people away from the downtown core.

We are reaching out to officials and we were very upset. They seem to just sort of brush this off as though this wasn’t a big issue,” Jim Mark, CEO of Melvin Mark Company said. “While this was going on. We saw small businesses, minority-owned businesses, businesses of larger businesses start to really give up on downtown. Whether it’s a restaurant or a small shopkeeper.

The downtown collective leaders are hoping that the new Portland city council will rise to the occasion.

“Harnessing the expertise, energy and resources of our downtown businesses to leverage the city’s efforts will be essential to a successful recovery.”

The downtown collective has made it clear that they fully support protesters’ efforts to draw attention to important issues like racial injustice.

And they support a compassionate response to the homeless crisis,

But, they say we are at a historic crossroads. Portland is possibly becoming another “abandoned and dormant city center.”