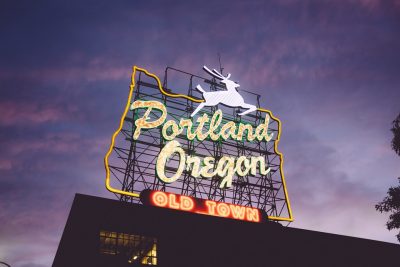 Ready to start 2019 in Portland? There are several new things in the city to get excited about this January. From festivals to restaurant openings, there is something for everyone to enjoy as the new year begins. Check out some of these things to do and see in Portland 2019.

Art and music lovers? There are a couple great festivals to look out for this winter in Portland. First, there is the 36th annual Reel Music film festival. This takes place from January 18 to February 17. Where? At the Portland Art Museum in the Whitsell Auditorium.

Looking for new food to try? A new restaurant is coming to town… and it looks like it is going to be worth the hype. Three of Portland’s top food and beverage stars are coming together to create a Thai BBQ restaurant and cocktail bar called EEM. Who is behind it? Earl Ninsom (Hat Yai and Langbaan), Matt Vicedomini (Matt’s BBQ), and Eric Nelson (from Shipwreck).

Finally, if you are visiting Portland or simply looking for a nice stay in the downtown area – check out Woodlark, the hotel that recently opened. It is in a great location, near a couple of historic buildings in Portland, including the Cornelius Hotel and the Woodlark Building.

The hotel bar is part of Cornelius’ original library, giving it an added historical touch. There is also the hotel restaurant, Bullard, run by top chef Doug Adams, making it even more exciting to visit!

So, there is something for everyone to look forward to in Portland 2019. With the new year, look for all these new things to see and do coming to the city!