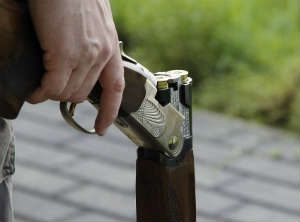 PORTLAND, OR – More details have surfaced about the incredible chase ensued on Portland freeways last month. Apparently, a Vancouver police officer, sitting in the passenger seat of a police car, sped through Portland freeways.

Armed with a rifle, the officer, now identified as James Porter, shot at the windshield of a truck, supposedly with a suspected killer inside.

As a result, the Portland shootout occurred: the officer shot more than 40 rounds from the shotgun over several miles. This crazy shooting chase resulted in authorities shutting down Interstate 205 and Interstate 84.

According to some, Porter started firing after someone in the truck shot at his partner. However, it is not entirely clear who shot first to begin the shootout. The officers chased the truck across the Washington border and into Oregon – going up to 110 miles per hour.

In fact, even after the car with Porter in it pulled over, after it seemed that flying debris struck Porter in the face, other officers continued the chase. Finally, to stop the pickup truck, police enacted a Pursuit Intervention Technique.

Therefore, they bumped into the side of the truck, causing one of the truck’s passengers to be ejected from the vehicle. The truck came to a stop on the shoulder of the freeway.

Who was the suspect that ensued this intense chase? Erkinson Bossy, a twenty-three-year old. Police believe Bossy was involved in a fatal shooting in a Kelso convenience store.

Another suspect from the convenience store shooting was believed to be in the truck as well. All three men involved in this fatal robbery were from the Vancouver area.

However, now, Portland police are investigating the shootout. They discovered more than 40 casings from Porter’s rifle in the police car. And while Porter suffered injuries from the incident, he was not shot. It is unclear whether the entire incident will go before a grand jury for review.