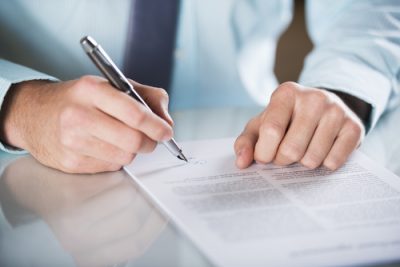 A new year means new laws, and there are some important ones that will affect Oregonians starting from January 1, 2018.

This new year more of your money will fund transportation. The Legislature’s $5.3 billion plan to modernize Oregon’s transportation and public transit systems will pay for projects that will expand freeways like I-205 and I-5, along with improving congestion and road maintenance.

But that also means a hike in gas taxes, car registration fees, and a new bike tax. The gas tax will increase by 4 cents and then 2 – cent increases every two years. Car title and registration fees will go up by $13 next year, and a $15 tax on bicycle sales that cost $200 or more will help fund bike and pedestrian paths.

“I think sometimes it’s good to have those taxes, at least if they’re going to the right places,” said Rachael Meador, who lives in Portland.

You could earn money based on what you drink. The Expanded Bottle Bill will let you deposit almost any beverage container that is not milk, wine or liquor to redeem for money.

Once you get on the road, pay attention to anyone pulled over on the shoulder. By law, you will need to change lanes. The Move Over Law does not just apply to emergency vehicles anymore but to all vehicles.

“I didn’t know about it. I just always did it as a courtesy,” said Bijan Tavazoie, from Portland.

“Probably be a good thing, but it will probably slow down traffic more than it needs to,” said Meador.

Following California and Hawaii, Oregonians will have to be at least 21 years old in order to buy smokes, vapes, or any product with nicotine or tobacco under Senate Bill 754.

“I started when I was 18, so maybe it would’ve been better if the law was 21 at that time; I may have never started,” said Tavazoie.