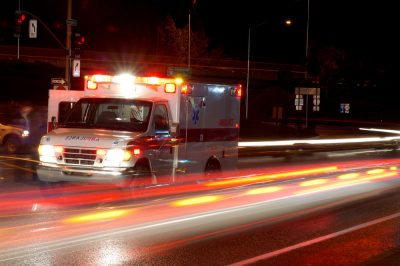 The driver ran from the gas station crash onto Highway 213 and caused a second crash when a driver in a minivan struck and killed the driver in the roadway.

Officials say the Chevron gas station crash occurred at around 3:40 a.m. near Highway 213 and Clackamas River Drive. The driver was in an SUV and no one else was inside the vehicle at the time of the crash.

Officials say the minivan driver was traveling northbound on Highway 213.

The crashes closed all northbound lanes of Highway 213 from Redland Road to Interstate 205. Alternate routes are asked to be used by drivers.

The case will be investigated by Oregon Police Department.