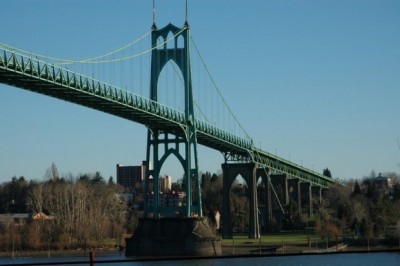 The St. John’s Bridge was shut down after a semi-truck crashed not far from Portland railroad yard causing tanker explosions. The black smoke was visible for miles. The crash was fetal for a truck driver, the police said.

Firefighters got a call about 8:45 AM on Sunday and were sent to the area nearby US 30, just south of the location of the St. John’s Bridge.

The highway was closed and the people from the businesses in the area were evacuated. They also had to cancel a half-marathon race.

The fire started when the truck, that was carrying a fuel product, crashed. Fuel leaked underneath the train cars parked nearby. Eight of the train cars that contained asphalt were damaged, but the railway lines were not affected.