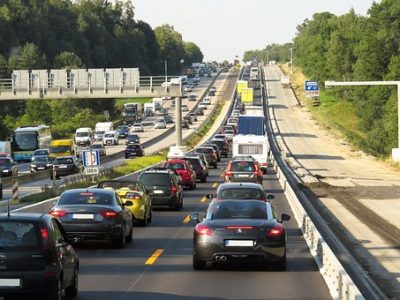 Traffic. We all hate it. Regardless of where you live, nobody likes being stuck in it. COVID-19 has been a blessing and a curse for some.

For the trucking industry, long hours and over extension has been a focal point. Truck drivers have been pushed to the max in order to make sure towns and businesses stay afloat.

For others working from home was a great experience. Not having to wake up hours before to get ready, not having to get in their car, drive however many miles and sit in bumper-to-bumper traffic was relieving. Unfortunately, (or fortunately) states have been opening up. With many people finding their way into the office, the issue of highway congestion has increased.

Drivers Are Finding Their Routes Crowded

Major cities across the country have begun reopening protocols. Now, this doesn’t mean everything goes back to normal overnight, but it has now shown that some businesses are allowed to operate in the office.

By taking the proper safety measures, companies and small businesses have called their workforce back to headquarters. This has led to an increase in automobiles on the road. For truck drivers, the focus of extra caution has crept back into the foreground.

Now, traffic hasn’t nearly begun to come back in full swing. It will take months for that to show signs, but risks have increased. While many are hitting the road, the familiarity of driving has been dulled. After spending a month-or-two without driving, regular use can have an effect on drivers. This has led to unsafe roads while many attempts to readjust their “sea legs”.

While the roads wont be filled with extensive traffic for quite some time, the risks and risk management has increased. For truck drivers who are already exhausted, this posses an increase in challenges.

The trucking industry has seen its highest single day lay-off in the history of its establishment. That doesn’t mean new recruits haven’t been hired. During the period of government sanction stay-in-place procedures, many found the trucking industry to be their new career. They have been trained and have also had the luxury of not having a high velocity of traffic to tackle.

Well, that is going to change. For those new to the industry, driving through LA is currently a walk in the park, but once things get moving again, they will need to keep their eyes peeled. Any unnecessary measure could be a costly one.