Survided After AeroMexico Crash ? Portland Father Talks About The Crash 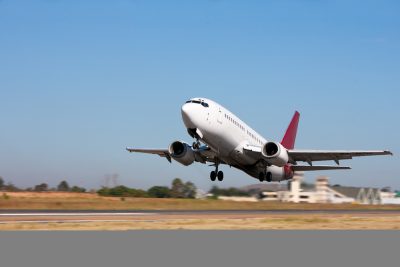 After the crash of Aero Mexico plane, Donald’s 7-year-old son Declan got off the plane first. He made sure to help his siblings.

Donald Hudson says while boarding the plane with his wife and four children, he noticed that the plane was not all right. The plane was shaking all over.

Donald saw the lightning out the window. Passengers thought the flight is going to be delayed. But it took off.

Donald describes how the plane got into the air and in the matter of just seconds, it went back down on the ground. The plane hit the ground and made a scary sound.

Donald’s 7-year-old son Declan got off the plane first.

His father calls him a hero. He is very proud of his son.“He got his brother and led his oldest sister out of the plane to a safe place’’, says Donald.

Donald’s wife got injured. She had her elbow and nose broke, as well as a concussion. Fortunately, his young daughter didn’t get hurt.

The family experienced a trauma on this incident. They remember how they run from the plane. They tried to get as far as it is possible to be safe from the explosions.

One thing Donald is happy about is how they get the support from Mexican people. He said one of them gave her daughter the coat off her back. Somebody gave his son shoes to wear.

As a result of the air crash some families lost valuables, but who cares about expensive items if you survived! Passengers were happy with flight attendants’ service. They did their best to take care of everyone’s safety.

You wonder how they feel about the pilot, right? Well, Donald said the pilot should have never taken off in that storm.

It’s very rare when people survive after having such an air crash. It’s just mind-blowing! Nobody died.

Now Donald’s family have one more day to add to their family holidays.

It’s definitely worth celebrating the fact they are alive!