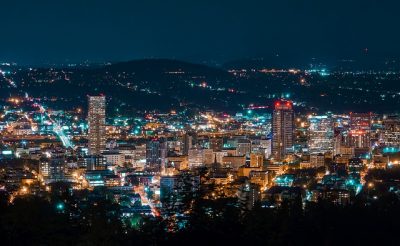 Amid the growing coronavirus crisis gripping the nation, Portland’s Mayor Ted Wheeler considers a shelter in place order for the city.

The American northwest saw the earliest and most pronounced spread of COVID-19 in the country. Washington state, in particular, set off alarms with a rapidly growing number of cases. Nearly 1,200 confirmed cases exist there. Though, Washington’s Governor Inslee rejected calls to implement a shelter in place order to residents. Instead, state officials ordered the closures of bars, restaurants, and schools to cut down on large gatherings.

In contrast, several counties in the San Francisco Bay area imposed shelter in place orders for their populations. While they include carve-outs for myriad reasons, the central ban prohibits gatherings of any size. Activities like walking or travel to care for family don’t involve social contact. Shopping and commuting to work, for those whose work is essential, is unavoidable.

While Oregon’s case count of 75, by comparison, remains relatively low, it sits between two of the top three states for diagnosed infections. California follows Washington with 652 as of Thursday. However, both trail New York state, where officials count nearly 4,600 diagnosed cases so far.

Shelter In Place Order Will Come at Guidance of Experts

Mayor Wheeler is reportedly reviewing all potential measures to protect the city of Portland against further spread. Eileen Park, a spokesperson for Mayor Wheeler’s office, explained the guidance of public health experts influences their decisions. “Will be deferring to their recommendation,” she wrote.

The disruption of daily life for Oregonians continues to impose economic strain. Workers across industries face fewer hours or, in the case of service industries, none whatsoever. While stimulus packages working through the House and Senate aim to ease financial burdens, workers remain on edge.

A shelter in place order for Portland would combat the health crisis. However, the lasting impact of the outbreak will bear out in wallets and bank accounts.