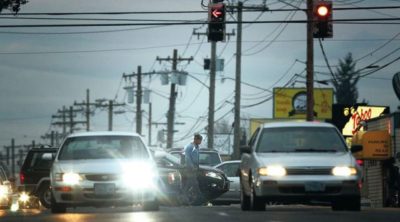 It is a statistical fact that Portland has some of the worst drivers in the United States. The new annual report by Allstate, one of the largest insurance providers, proves it once again.

According to the report, Portland ranked 181 in the list of “America’s Best Drivers” where the cities are placed in order of what cities the drivers are most likely to be involved in a crash. The results are based on the claims filed with Allstate. Portland drivers are 39% more likely to be involved in an accident comparing to the national average.

Seattle is two spots behind Portland, and Oakland and San Francisco are at 186 and 191 respectively. Boston is at 200 this year, just like the year before.

Portland has moved two spots up comparing to last year.

By the beginning of April there already were 12 fatal crashes in Portland, some of them involving pedestrians.

The city is making changes to make the roads safer including flashing beacons, increased traffic patrols and changes in high crash corridors.