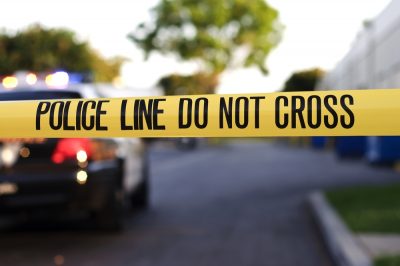 A police officer had received a disturbance call Wednesday afternoon at the Northeast 126th Avenue.

A resident’s home surveillance camera caught everything that had occurred before and after the police officer arrived at the location.

The video had captured what had happened that lead local neighbors to call the police.

In the driveway next door, neighbors heard two men fighting. The camera shows a man, whom the neighbors know, approaching another man in the driveway and beating him up.

He injured their neighbor badly and left him bloody. The injured man went back into the house.

Afterward, the suspect started smashing windows and was yelling to himself.

Later, he laid down on the hood of the car and fell asleep for a few minutes.

When the police officer got there, he saw the suspect laying on the hood of his car, supposedly asleep.

When the officer started walking towards the car, the man got up and started to attack the officer.

He hits the officer’s neck and tries to choke him.

They continue to fight for about 40 seconds. The officer gets put into a headlock by the violent man. When the officer finally gains control, he puts the man to the ground and takes his gun out.

However, the video has not captured the exact moment when the deputy fired his gun.

The police department has not confirmed how many times the officer shot the suspect. They have not identified either of the men.

Neighbors say the suspect might have had some personal problems. But this incident did not come as a shock to neighbors in the area. The man has been seen getting multiple visits from the police.

However, some of the other neighbors were alarmed by this incident, stating that it is a quiet and friendly neighborhood.

The case is being investigated by the Vancouver Police Major Crimes Unit.