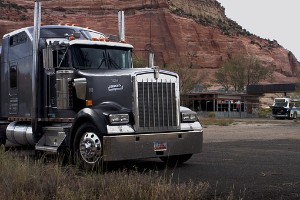 The state of Oregon is on the cusp of becoming the second state in the country, after California, to adopt a cap-and-trade program. Consequently, the trucking industry is preparing a last-minute fight to prevent this monumental cap and trade legislation.

This new resolve to fight the bill comes just one day after the Oregon House passed House Bill 2020 which is an attempt to address the state’s carbon emission reduction goals.

The Oregon Senate is ready to vote on the new legislation. “Not only do we need three “no” votes from the Democrats, we need to hold Republicans to their (no) votes,” said the Oregon Trucking Associations (OTA) president Jana Jarvis. Jarvis’s statement comes from a conference call to members in a flurry of activity to lobby against the legislation.

As the battle looms, it’s clear that Senate Democrats can stand only to surrender two votes and still have enough votes to get the bill passed with a simple majority. In fact, one Democratic Senator, Betsy Johnson of Scappoose, is strongly in the camp against the bill. Therefore, only two more Democrats need to change their position in order for the bill to end up being stopped.

As you can imagine, these mandates don’t sit well with the trucking industry who are deeply concerned about the cost impacts of the bill. In fact, some recent analysis of the bill suggested it would end up raising gasoline prices by 22 cents a gallon in the year 2021 and ultimately, up to $3 a gallon by 2050.

Jarvis says, “It’s been a concern because there is no plan to help our industry to transition to cleaner fuels.”

What do you all think about this bill’s impact on the trucking industry?