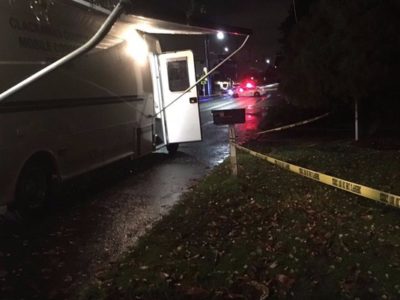 A horrific story unfolded in Washington and Milwaukee an investigation on Monday. Police responded to a crash on the I-5 in Washington.  A man crashed his car into a barrier on the northbound side of the I-5 milepost 15. When deputies responded to the crash, the man admitted to murdering a woman.

Deputies were sent to his house in Milwaukee near the corner of Southeast River Rd where while searching the residence they found the body of a woman, who had been murdered. The woman was found dead of an apparent gunshot wound.

The man was suspected of being under the influence while driving; therefore, he was taken to the hospital for testing. The suspect was alone in the vehicle when it crashed.

We hope to get some more answers soon.