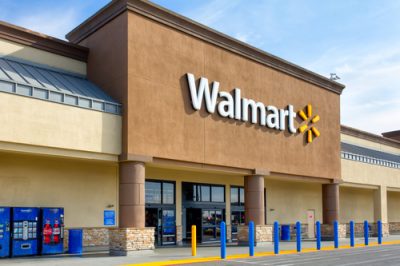 PORTLAND, OR – On Thursday, a lawsuit was filed against Walmart by Jamaal Winchester.

Winchester was on his day off from Postal Service and he was spending the day with his three kids.

When they were on the way to Bonneville Dam, they stopped at a Walmart on 82nd Ave. He went into the store to get a fishing pole for one of his kids.

He got the pole and paid for it. As he was walking out of the store, an employee asked him if he was “going to steal that?”

She then asked to see his receipt of the pole, however, he refused to show her.

He said that he did not like the way she was talking to him and he felt she was singling him out because of his skin color.

As he walked outside, one of his daughters recorded the incident on her phone.

In the video, he claims that the employee used harsh language while talking to him. He accused her of being racist.

While they were confronting each other, the manager comes out and tries to catch up with what is going on.

He explains to Winchester that she was simply trying to make sure he was not stealing since a lot of their customers steal. He says “[she] was wrong. [She] was very wrong.”

The manager argued that Winchester should not accuse her of being racist for doing her job.

Winchester felt that he was being profiled and that is why he continued to accuse her of being a racist.

When a third employee steps in and tells Winchester that employees have the right to ask customers to see their receipts, Winchester said that he did not see a policy for that stated anywhere.

So he filed a lawsuit against Walmart. They have not responded to the lawsuit yet.