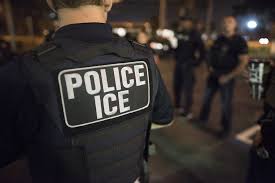 Last week, Immigration and Customs Enforcement officers arrested the father of two Tigard-Tualatin School District students as he escorted them to their school bus. In response, school officials are demanding ICE abstain from arresting individuals in areas associated with the education system.

ICE operations in Washington County previously drew criticism and legal action when they focused efforts on the courthouse. Litigation resulted in a ban on arrests around the courthouse without a judge’s warrant.

Maureen Wolf, chair of the district’s school board, addressed the detainment of their students’ father at board meeting Monday. She confirmed the incident and said, “Washington County is the hot spot right now for this.”

Following the arrest of their parent by ICE, the two students received special care. A network constructed to assist children of detained parents looks after district students. It provides safe housing and other essential necessities in the wake of the life upheaval.

Sue Rieke-Smith, the superintendent, commended the efforts of the network, but lamented “most of those partners are stretched thin.”

Renewed calls for push back against the aggressive expansion of ICE tactics arose from board members. While schools are considered sensitive locations barred from ICE activity, bus stops aren’t. Rieke-Smith, along with other district officials, call upon state lawmakers to expand the sensitive location designation. They want to include all areas associated with school operation.

One ally, Representative Suzanne Bonamici, proposes amending the Immigration and Nationality Act to carve out additional sensitive locations as exceptions to immigration enforcement actions. “Targeting arrests where children gather is deeply concerning and does not make our communities safer,” she said.

Under President Trump, deportations rose to the fore of public consciousness with aggressive efforts to remove mostly Latinx individuals residing in the US without documentation. His zero-tolerance policy led to controversial measures like family separation and overcrowded detention facilities.

Democratic candidates campaigning for the party nomination call for reducing the operations of ICE and similar agencies. Vermont Senator Bernie Sanders wants to abolish the institution, which the Bush administration originally founded in 2003 in response to 9/11. Others, like Massachusetts Senator Elizabeth Warren, call for a complete restructuring.

However, the present administration continues to push for ICE expansions. Local officials like those working in the Tigard-Tualatin School District struggle to provide services in the shadow of aggressive immigration enforcement policy.