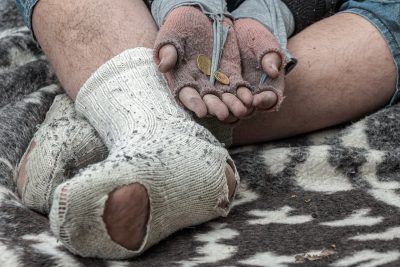 Homeless people arrests in 2018 according to The Oregonian/OregonLive shocked Portland. Their report detailed that more than half the arrests police made in 2017 were of poor people. They consisted of 3 percent of the population at most. This has remained true in the following years according to a new newsroom analysis.

In fact, jail bookings of less fortunate people have exploded. This is based on an analysis of booking statistics through February 2020 found.

Each year, Portland police have arrested and booked into jail more poor people, the analysis showed since 2016. 2,000 destitute people booked into jail in 2018. The vast majority of them were for low-level crimes. They made up more than 8,000 bookings.

The analysis shows arresting and jailing people living on the street doesn’t significantly reduce crime. Instead, 87% of destitute people arrested in 2016 as a result end up booked into jail again during the next three years.

While this obviously didn’t work. Something else did have a remarkable effect. The newsroom’s analysis found out housing was a key component.

Even some housing, it would help lessen a person’s chances of arrest, the analysis showed.

From 2016 through 2019, only about 2% of all people booked into jail per year lived in temporary housing. In turn, that offered a connection to mental health, addiction, employment, or other services. This was according to their address at the time of the booking. Lodging consisted of emergency shelters as well as apartment buildings with substance use recovery or transitional housing units.

It’s tricky to characterize an arrested people’s status as far as their home for any particular year. This is because it is complicated. Especially in situations where a person was listed as living in more than one place. Whether that be on the streets or in a permanent home. It could also be a homeless shelter or an apartment with connections to social services. This could be during the same year. In fact, The Newsroom counted as ‘temporarily sheltered’ for those people who exclusively or on occasion reported living in one of the latter two settings that year.

The annual booking rate among people living in such settings held steady at just 2% into 2018 and 2019. This was even as city and county officials doubled the number of emergency shelter beds from 2015. In fact, this helped a record-breaking high number of people get into transitional housing. In 2019, 250 people staying in transitional housing were booked at the Multnomah jail on any charge. This was versus nearly 3,700 people that are still living on the street.

The ability to find access temporary housing and its associated support services drops the substantial cycle of arrests, according to both findings.

The city and county now have 275 in operation, this is since having to committing to create 2,000 new units of supportive housing by 2027 At this time, an additional 909 are under development. Facilities like the Blackburn Building, opened in 2019. Run by destitute services nonprofit Central City Concern, they have added housing for people who need behavioral and physical health services to be able to work toward paying their own rent.