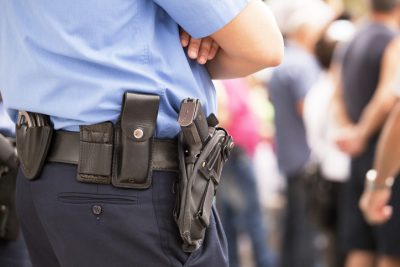 PORTLAND, OR – At 4:12 this morning, the police received a 911 call from a local residence. This resident claimed to hear gunshots in North Portland near N. Lombard and Interstate.   A shooting occurred with suspicion of the suspect being an acquaintance.

After police arrived to the scene, only one person sustained an injury. Fortunately, the person is expected to survive, as the wound was nonfatal. Due to the circumstances, detectives suspect that the convict and the victim knew each other previously.  Police state that there is no risk to the public.

The motive was robbery of the home.

When police, and medical staff, arrived at the scene of the crime, they found the man on the floor bleeding. This man who needed was not believed to be in a condition. He put into an ambulance and transported to Portland hospital for remedy.

To their dismay officers found no suspects while searching the premises and nearby areas.  Also, the crime there are no descriptions or defining factors about the suspect.

Because of the assumed acquaintance, it is believed that the public should not see this shooting as a threat.

Members of the Forensic division and of the robbery detail division are assisting in the solution of the case.

5 Responses to “FRIEND OR FOE? Shooting in Portland, Oregon”