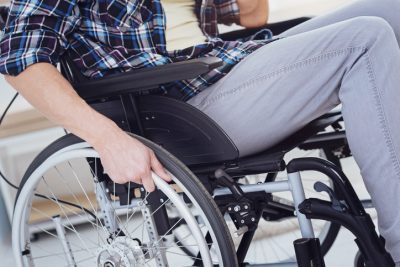 Portland, Oregon – On Saturday night the first paralyzed man in the United States completed a half marathon.

The man named Adam Gorlitsky hurt his spine in a car accident when he was only 19. He got paralyzed from the waist down and lost his ability to walk.

He said he has been paralyzed for the last ten years. Gorlitsky was exposed to Re Walk robotic exoskeleton only three years ago.

Gorlitsky will use the exo-skeleton that works with the battery to run the marathon of 13.1 mile.

Gorlitsky is a founder of the non-profit I Got Legs. Even though he was expecting it will take quite a long time, about 15 to 20 hours, but he doesn’t think of it as an issue. He believes every step he takes is a miracle.

Gorlitsky didn’t have an intention to build his reputation, but rather for fundraising for the community through the marathon.

He said he was very happy to see the community supporting him. All these actions are to empower the disabled community.