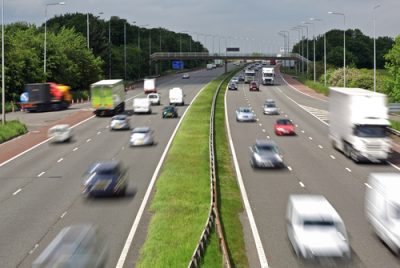 If you think Oregon drivers are slow, you’re not alone. A recent study says they’re some of the slowest drivers in the country and researchers say that can be dangerous.

There’s no doubt driving over the speed limit can be deadly. Oregon’s Department of Transportation (ODOT) says speed was a factor in crashes that killed more than 720 people from 2012 to 2016.

But what about slow drivers?

Oregon tied with three other states for 4th-slowest drivers in the country, according to a Progressive Insurance study from 2015.

ODOT doesn’t keep track of how many crashes slow drivers cause. The closest measure the department has are stats regarding vehicles impeding traffic, which played a part in more than 50 wrecks from 2012 to 2016.

That number may not tell the whole story, according to Andrea Bill, a research program manager at University of Wisconsin-Madison’s Traffic Operations and Safety Lab.

“When you’re looking at the crash data afterward, it’s really hard to get what the speed was. What they were actually traveling, the speed, at the time of the crash,” said Bill.

Bill says the difference in speed contributes to the severity of crashes.

Bill said it is especially tough for drivers to figure out how slow a vehicle in front of them may be going at night.

“So, you could come up to them a lot faster than you might be expecting to. That change in driver expectancy is where you could see mistakes happening and crashes happening.”

Road rage is another problem.

“That camping in the left lane … can cause aggressive driving,” Bill said.

She and others say road rage often leads to poor decisions.

Oregon State Police lobbied state lawmakers in 2017 to pass a bill that would’ve made it illegal to use the left lane unless you’re passing.

An OSP spokesman wrote, “according to ODOT, traffic fatalities are trending higher than they have in years past. This bill, if passed, would prevent some of those frustrated drivers from making poor decisions or engaging in road rage.”

The bill failed, with opponents saying it would encourage speeding and be tough to enforce on clogged roadways.

“Anytime you have to make a change of lane, you’re adding another complexity to kind of the workload for the driver,” said Bill. “What we’re really trying to do is make sure that we have a majority of those cars traveling at the same speed … speed harmonization. If everybody’s basically traveling the same speed, there’s less chance of a crash happening between two vehicles.”

ODOT officials say it can work, pointing to a nearly 21% drop in crashes on Highway 217 the year after putting speed harmonization efforts like adjustable advisory speed signs and trip estimate boards in place in 2014.